Our church building is not really equipped or suitable for such emergency accommodation, sadly, even at Christmas, but we offered him a drink (declined), and food (declined), and a warm coat (gratefully accepted). We - Andrew & Will, Geoff and Linda, Gil and Diana - signposted him to the Catholic church where, in just a few hours, Somewhere to Go was offering a warm place, good food and friendly company at least during the day, and again the following day. We knew that Our Lady’s also has a Polish community within the overall congregation, and that Feed Up Warm Up were the partners in delivering Somewhere to Go, and so we dared to hope.

Before leaving, Mateusz wrote us a note (see below) in Polish expressing, we guessed (from a single word which seemed very similar to ‘thank you’ in Czech!), his gratitude for the time spent with him and seeking to care for him. Nonetheless we felt awful seeing him go on his way in those early minutes of Christmas Day. Was there really nowhere suitable for him to stay, even as we had just welcomed the birth of Jesus in a stable?

In church again the following morning, or later that same morning (it was still Christmas Day!), we mentioned Mateusz and the Somewhere to Go project in our prayers, and reaching home after a joyful service, we received the translation of his note – his thankfulness for the coat, his polite declining of the food (as children elsewhere had a greater need than he did), and his appreciation for our time and our care; he also asked God’s blessing on us – which was somewhat humbling.

It was on 27th December that we heard the next chapter in the story, which in short reported that Mateusz had indeed turned up at Somewhere to Go, and had met another Polish man (member of Our Lady’s), and was offered somewhere to stay overnight. He called into the Food Bank during that day, and renewed the contact with Gil and Diana who were on duty.

We did what we reasonably could, and we prayed, and things have moved forward wonderfully for Mateusz.

Thanks be to God! 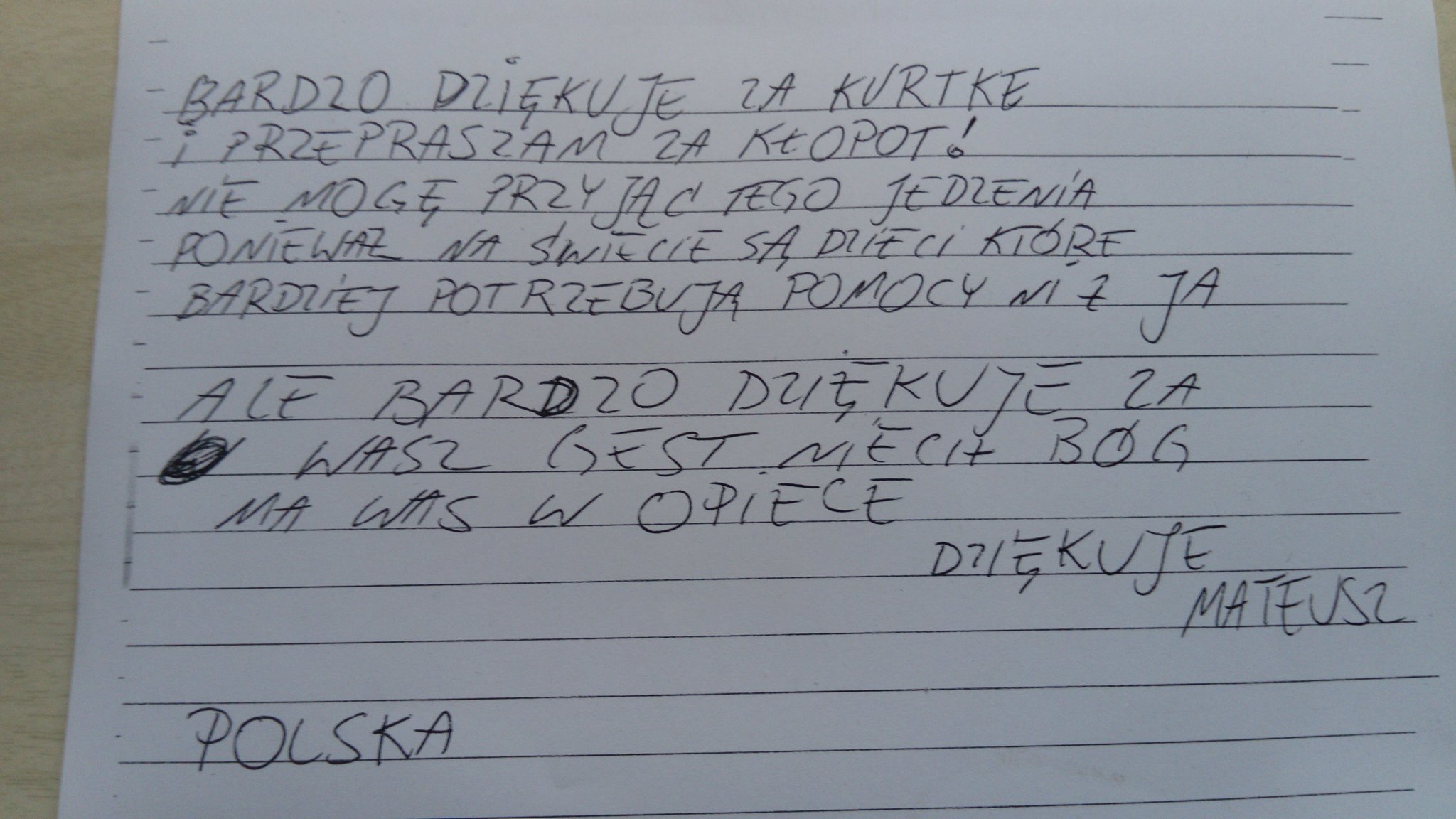 An Act of worship for Christmas